From Miriam to Mary to Modern Day: God's Role for Women in Ministry

This year I have faced many people with opinions that God does not want women in ministry. The idea that God did not want me on the path I was headed greatly troubled me. I started to look for people who supported it and found that many of my favorite people did, so I would be momentarily content to continuing believing what I had. I could not imagine that my best friend did not want me to go out into the world to preach His great name. I became puzzled and wanted to dig more into the idea of women in ministry. However, there are these things called work and school that consume much of my time year round. Then came along my good friend, Critical Thinking and Writing (whoever thought such a statement would ever be uttered). This class gave me the opportunity to dig into a controversial topic in my field for 2 months. Guess where I headed right away: the library's section on women in ministry. And so without further ado, this is my paper I wrote for Critical Thinking and Writing class. It was a great privilege to be able to spend time researching the arguments for and against women in ministry since this issue is one near and dear to my heart. I hope women who have desires to go into ministry are encouraged by this, like I was. I hope men who read this and already support women in ministry are inspired to support women with dreams of being in ministry even more. And I hope that those who do not hold my view allow their hearts to be changed by what God's word says both directly and indirectly about women in ministry. I know this paper is long, but that is only because the argument for women in ministry is so strong. 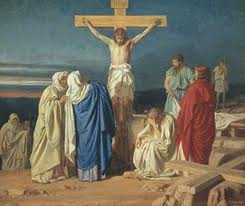 Alexander, K. E. (January 2012). Pentecostal women: Chosen for an exalted destiny. Theology Today, 68(4). DOI: 10.1177/0040573611424932
The author of the article Dr. Kimberly Alexander is a professor at Regent University School of Divinity and former president for the Society of Pentecostal Studies. The publication this article was in, Theology Today, is an academic journal which is put forth by Sage Publications for the Princeton Theological Seminary. I used this source to illustrate how men and women are treated differently in ministry, and how leaders can better support women in ministry.
Allchin, A. M., & Taylor, J. V. (1992). A fearful symmetry?: The complementarity of men and women in ministry. London: SPCK.
Anderson, M. (2014, August 1). Why I Am A Feminist. Retrieved from http://www.ascandaloushope.com/why-i-am-a-feminist/
Barna Group. (2012, August 14). Are women happy at church? Retrieved from https://www.barna.org/culture-articles/579-christian-women-today-part-1-of-4-what-women-think-of-faith-leadership-and-their-role-in-the-church
Belleville, L. L. (2000). Women leaders and the church: Three crucial questions. Grand Rapids, Michigan: Baker Book House.
Bilezikian, G. G. (1989). Beyond sex roles: What the Bible says about a woman's place in church and family. Grand Rapids, Michigan: Baker Book House.
Browne, K. (2002). Biology at work: Rethinking sexual equality. New Brunswick, N.J: Rutgers University Press.
Kingsley Browne is a law professor at Wayne State University who is also the author of a couple books. Biology at Work, his first publication was published by Rutgers University Press. I used this source to affirm my previous findings on the different traits of men and women.
Carroll, E. (1975). Women and ministry. Theological Studies, 36(4).
Dr. Elizabeth Carroll has done lots of research, has many publications, was a president of the Pittsburgh Sisters of Mercy and of the Leadership Conference of Women Religious, and was president of Carlow College. Her article “Women and Ministry” was published in the academic journal Theological Studies by Sage Publications. I used this source to show how Jesus involved women in his ministry and how women responded to him.
Evans, M. J. (1983). Woman in the Bible. Downers Grove, Illinois: InterVarsity Press.
Hamman, J. J. (2010). Resistance to women in ministry and the psychodynamics of sadness. Pastoral Psychology, 59(6). DOI:http://dx.doi.org/10.1007/s11089-010-0299-2
Dr. Jaco Hamman studied both theology and psychology in college, is a professor at Vanderbilt Divinity School, has experience in ministry and psychology, and has many published works. This particular work is in the well-known academic journal Pastoral Psychology. I used this source to find out how women pursuing ministry are treated by one who interacts with them everyday.
Husbands, M., & Larsen, T. (2007). Women, ministry and the Gospel: Exploring new paradigms. Downers Grove, Ill: IVP Academic.
This source was edited by Mark Husbands and Timothy Larsen. Husbands is the associate professor of theology at Hope College and Larsen is a professor of Christian Thought at Wheaton College. This book was published by IVP Academic. I used this source to learn about the gifting of men and women.
Keener, C.S. Was Paul for or against women in ministry? Enrichment Journal. Retrieved from http://enrichmentjournal.ag.org/200102/082_paul.cfm#author
Maxwell, L. E., & Dearing, R. C. (1987). Women in ministry. Wheaton, IL: Victor Books.
McKnight, S. (2011). “Junia is not alone.” Englewood, Colorado: Patheos Press.
Payne, P.B. (Winter 2015).  The Bible teaches the equal standing of man and woman. Priscilla Papers, Volume 29, Number 1. Retrieved from http://www.pbpayne.com/wp-content/uploads/2015/07/Payne.pdf
Saucy, R. L. & Tenelshof, J. K. (2001). Women and men in ministry: a complementary perspective. Chicago, Illinois, Moody Press.
Robert L. Saucy is a professor at Talbot Theological Seminary, was the president of the Evangelical Theological Society, and is an author. Judith K. Tenelshof is a professor at Talbot School of Theology, has started and led counseling centers in churches and schools, is the founder and vice president of Hilltop Renewal Center for Christian Leaders, and is an author. Their book was published by Moody Bible Institute’s Moody Press. I used this source to find out more arguments complementarians make.
Spencer, A. B. (1985). Beyond the curse: women called to ministry. Nashville: T. Nelson.
Walker, D.H. (2011). Women in ministry: the logical core of the debate (Doctoral dissertation). Retrieved from ProQuest Dissertations & Theses.
Dr. Douglas Walker wrote this dissertation to obtain his PhD in philosophy. It was published by Trinity International University. I used this source to determine the different viewpoints on women in ministry and also find out what verses egalitarians hold to be most valuable to their argument.
Wirthwein, L., Becker, C. V., Loehr, E., & Rost, D. H. (2011). Overexcitabilities in gifted and non-gifted adults: Does sex matter? High Ability Studies, 22(2). doi:10.1080/13598139.2011.622944
Witherington, B. (1984). Women in the ministry of Jesus: A study of Jesus' attitudes to women and their roles as reflected in his earthly life. Cambridge [Cambridgeshire: Cambridge University Press.


Dr. Ben Witherington III is a New Testament scholar, professor at Asbury Theological Seminary, and pastor in the United Methodist Church. This book he wrote was published by Cambridge University Press. I used this source to find out how Jesus treated women, specifically how he taught them.
Posted by Unknown at 11:04 AM No comments: