America, Who Are You? God's People, Where Are You?

Brace yourself. This post will be long and it will contain controversial views and you probably will not agree with everything I have to say. I ask that as I share my thoughts and my heart that you listen openly and then respond as you will. I want to share with you what I did today and why. I spent the first part of my day attending classes that teach me all about God and what it means for me to be His, just as I do everyday. My day continued with conversations, homework, chapel, and attending a protest in Minneapolis. I attended this protest because I want to stand with my brothers and sisters who are refugees. From what I know about God, who I am, and who my refugee brothers and sisters are, I believe this was right. I will tackle why I did so. Then I will address why I chose to take action through protesting. Finally, I will address what the protest itself was like and finish with a few concluding thoughts.

I stand with my brothers and sisters first and foremost as a citizen of the kingdom of God. Didn't see that one coming, did you? As a citizen of the kingdom of God, I see my first priority to be to follow the wonderful ways of my good and wise King. Throughout the Old and New Testaments my King has not merely suggested but commanded His people to feed the hungry, clothe the naked, stand up for the oppressed, give a voice to the voiceless, and welcome the stranger in. (If you doubt this, see the following samplings of Scripture: Leviticus 19:33-34, Deuteronomy 10:18-19, Exodus 23:9, Job 31:32, Isaiah 1:17, Isaiah 58:10, Matthew 25:31-46, Philippians 2:3-4, Malachi 3:5, Hebrews 13:2) And if you don't think refugees are suffering or in need in any way, I would humbly ask you to open your eyes wider. As a citizen of a greater kingdom, I know that each person is made in the image of God and thus has immeasurable value. So much value that in fact the value of the life of a refugee from Syria or Somalia or anywhere else is actually the exact same as your own. Imagine that. There is no hierarchy in this kingdom. Inconvenient for you? It is sometimes for me too because it means I have to look beyond myself and recognize that maybe I am not any more important than everyone else.

The second role I come from this is that of an American citizen. I only have two notes on this point. One is the obvious fact that it is quite ironic for a bunch of fairly recent immigrants to push away a newer batch, especially when they are in a very critical position. I myself am just a third generation American born girl whose family came here from Sweden. Second, I want to address this safety (or as it is probably more properly labeled - fear) driven side. I acknowledge our need for having security as a nation. However, the argument that our vetting process needs work is extremely weak. You can read up on our very thorough vetting process for refugees as it stands here. Also, there has not been one American killed by a terrorist from any of the countries that have had the ban placed on them.

Third, I come looking at this issue as simply a human being. I know it is very easy to dehumanize refugees, especially when you don't always see pictures or hear personal stories or know any. However, I have. I have seen pictures, read stories, and known refugees. Nothing will turn your heart so quickly towards these people like truly knowing a few of them.

So that is why I am for the refugees. Now with the list of things I can do to support this cause, why choose to protest? I will be the first to admit I have never protested anything and I did not really think I ever would. I am not a huge fan of crowds, especially angry crowds like the media often shows. And at the end of the day, I do not think protesting alone will change everything we want to have changed. But I do believe it is a strong start. It causes people watching the news and government to recognize the thousands standing together to fight an issue. These protests serve as conversation starters and can lead to great change in thoughts and actions.

Finally, if you are still with me I hope to share what it was actually like to protest today. I went with two of my fellow local outreach leaders from the university I attend who lead a ministry that reaches out to the international community (I get the great privilege of being a tutor through the ministry to a sweet Somali family) as well as a friend who is heavily involved in our multicultural group on campus. We rode in to Minneapolis on the light rail. One of my fellow students and I sat by an older woman. She asked the woman how her day was and where she was headed. Much to my surprise she was going to the protest. When asked to explain her heart for the cause she explained that she is a retired social worker. At the conclusion of this conversation we met a couple of other college kids going to protest. Then we saw dozens more protesters flock onto the light rail over the course of the next few stops. When we arrived at government plaza we then encountered thousands of protesters. We shuffled our way through the crowd and took our places. We held our signs displaying history, current data, quotes from the statue of liberty, and Bible verses & shouted in unison both our grievances and supports. Everyone else did the same. I was shocked to see the immense diversity of people there. Literally everyone was there. Young moms. College kids. Retired people. Singles. Couples. Families. Friends. Natural born citizens. Immigrants. Asians. Hispanics. African Americans. Scandinavians. Introverts. Extroverts. Politically-minded. Non-political. Christians. Muslims. Atheists. It was an incredible thing to see people stand up. Not just for themselves but for their brothers and sisters. I reflected upon that as we stood there in the cold. What would it be like to be preparing to come to America after a long waiting process & have one man and his bandwagon tell you that after all that time you actually cannot but then have thousands of people you have never met fighting for you? The whole protest was peaceful. It was filled with compassion and a desire to see justice. 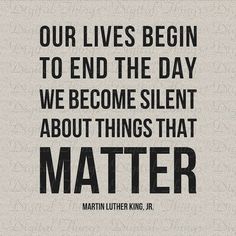 I hope that in this next season we truly do see people stand up for one another like I saw today. What if we actually lived like this - like we were our brother's keeper? What could that look like in your household, neighborhood, city, state, country, or world? I hope we see Americans set aside their "America first" attitude long enough to look into the eyes of the people they are trying to turn away. I hope the church thinks twice before deciding to "not get involved in political matters" and truly be the Church that Christ would ask us to be. I hope we all make choices we are proud of. I hope that when your children or your grandchildren ask you about this some day you will be able to tell them you fought for the refugees. This is my hope and these are my prayers.
Posted by Unknown at 11:53 PM